After rolling side by side while sitting in a state bus of Uttarakhand State Transport for almost 9 hrs from Dehradun you find yourself in a small village namely ‘Sankri’; getting down the bus in front of Swargrohini Hotel, passengers are welcomed with cold winds and by shaggy mountain dogs. At first, its hard to find any street lights, the roads are blessed with the light of cluster shops on both sides and not very far, there you can have sights of Pahadi Dhabas where aunties cook delicious food, just homemade simple food 🙂 but delicious.

I stayed there for 2 weeks in the month of December as the primary purpose was the internship program with Indiahikes and of course, I was excited for the ‘Kedarkantha trek’ for which Sankri was the base camp. It was also the base camp for Harkidun trek which I had already done before, so this was the second time I was visiting this place to gain new experiences of life.

The place where we stayed was a newly constructed quarter type room. The best part about my room was the window beside my bed, through which I could see the mountain standing tall with pride and kindness for all the creatures. The morning sun would touch its tip and by evening whole of it would be brightened and again the same cycle repeats every day. It depicts a very beautiful irony that for me who prefer to constantly move from one place to other in life, her favourite place is mountains that are standing at one place for maybe more than thousands of years.

The wanderer always falls in love with something constant; the constant which loves the wanderer like a free bird, which never tried to hold it’s loved ones back but never got angry even if it is forgotten by the wanderer sometimes.

The aroma of Deodar/Devdar trees is always in the air, the reason is free-flowing chilled air being carrier, moreover, locals use its wood for cooking purpose as fuel and even constructing their homes using the same. These trees have an interesting story as according to the villagers they were happened to be even used by the Devtas (Gods) for their homemaking, for the aroma of this tree it derived its name ‘Devdar’. 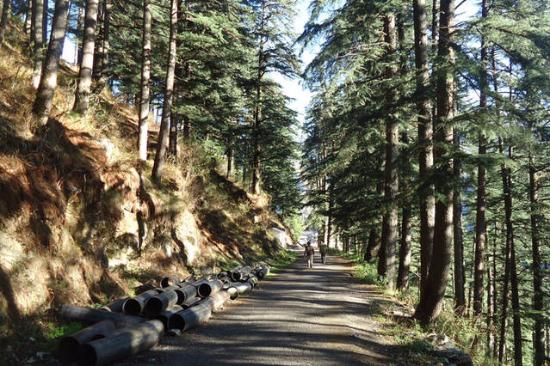 In Sankri, Just like love, the fragrance of Devdar is in the air, both are heavenly blessings 🙂

So, after waking up I used to join hosts for breakfast, which was a small cosy room. we all sit near the stove along with the cook on the floor, discussing from ‘Game of Thrones’ to ‘Mount Everest’, those moments can be described in just two words ‘Happy moments’, when the batches started I remember for one week I had eaten the same menu daily because the batch changes every day and the menu is fixed by the company’s headquarter. So, whoever from the team is staying in the base camp have to eat the same menu daily, which would be so boring until unless you have extremely interesting people to dine with, so I was lucky in the next case :D.

Within two to three days I made many friends there including village people and children. People, there are so jolly that you happily spend the whole day playing cards with them and discussing various topics. Children are always excited about meeting new people and thanks to their curiosity, which is the natural nature of a child they are always in search of some answer. We all used to play cricket, kabaddi or football with them in the evening. Then the night comes with its picturesque sky view filled with millions of star twinkling and thousands of planet shining far away somewhere in the galaxy. 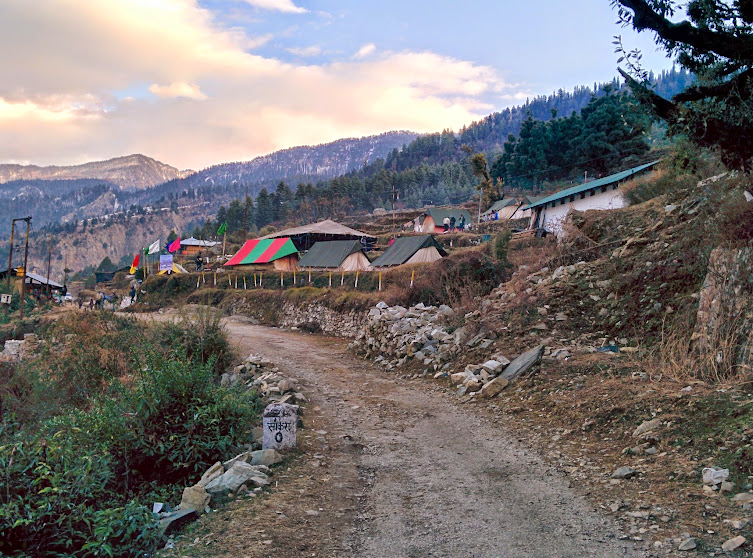 It is said that travel bug usually bites a wanderer, I believe these beautiful unknown places are the one which are the actual bugs and their warthm is the poison for which there is no antitode.

Today after almost 1 year when I remember all those 14 days spent in Sankri the only feeling which fills my heart is the warmth of that place, just like the winter sun which is very soothing. Sankri taught me the real-life leading process of the villagers living in the mountain, their hopes and dreams and how they see the world.

Hope to meet you soon there 🙂

3 thoughts on “Warmth of Sankri”